Solemnity of Christ The King

Solemnity of Christ The King 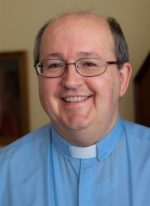 As we come to the end of another liturgical year, the Church celebrates the “kingship” of Christ. But just what kind of king is Jesus, exactly? Today’s Gospel speaks of Jesus as both Shepherd and King. Today, we meet not the comforting Good Shepherd, gathering the lost lamb close to his heart; rather, it is the more sobering figure of the King “separating” the sheep from the goats, calling each to account for their choices. We will be judged, says Jesus, according to how we have treated our brothers and sisters in need: “Truly, truly I tell you: whenever you did it to the least of these, my sisters and brothers, you did it to me.”

Who is our model? It is Jesus, who refused to be “made king” in the manner of the princes and power-brokers of this world: a king crowned not with gold, but thorns, whose throne was not of marble, but an “old rugged cross”. His kingship, as he tells Pilate at his trial, is “not of this world.” From the Cross, and in his Resurrection – Jesus reigns triumphant. Hanging on the instrument of his torture and death, he still holds the keys of eternal life: he dies forgiving his executioners, entrusting his mother and his beloved disciple to one another’s care, promising Paradise to the repentant thief.

As we continue our journey through the sacraments into the new liturgical year, let us reclaim our identity as followers of Jesus, the servant-King. As his disciples, in Baptism and Confirmation, we have received the task of spreading the Good News of Christ our King to all humanity. In the words pronounced as we received the holy chrism on our foreheads at baptism: “God the Father of our Lord Jesus Christ has freed you from sin, given you a new birth by water and the Holy Spirit, and welcomed you into his holy people. As Christ was anointed Priest, Prophet, and King, so may you live always as a member of his Body, sharing everlasting life.”