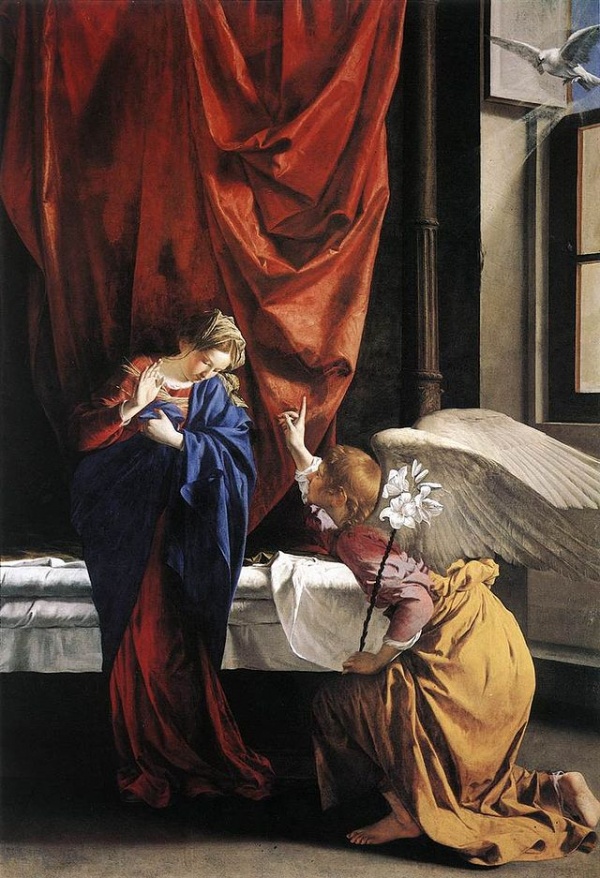 This painting dates from Gentileschi's time in Genoa (an earlier version of the same subject is in the church of S. Siro in Genoa) and is probably his most celebrated work, often considered his masterpiece. The huge red drape hanging behind the Madonna's pure white bed is an overt homage to Caravaggio. Indeed it is to him that the canvas owes its overall sense of vibrant reality, its light and its feeling. Nevertheless, Gentileschi reworked the basic style of Caravaggio's expressive art in an unusually rich fashion. He freely applied colour in a manner akin to the great Flemish painters of the day, such as Rubens or Van Dyck, who were either working in Genoa or whose canvases could be viewed there. In addition, his impeccable draughtsmanship, derived from his Tuscan background, emphasized the refined and noble qualities of the picture.