The Incredulity of Saint Thomas

The Incredulity of Saint Thomas 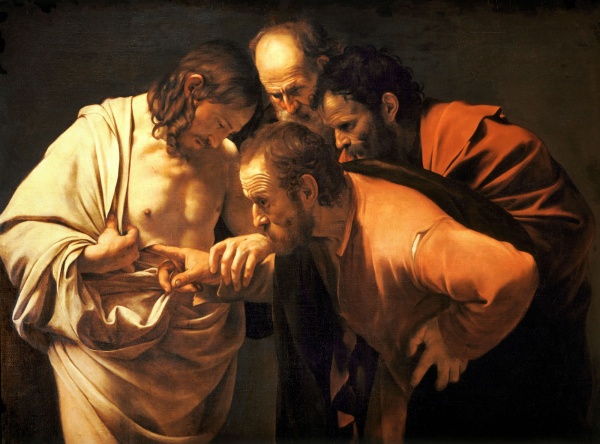 Thomas was one of the Twelve Apostles. He appears in the Gospel of John, most famously in the passage John 20: 24-9, where the saint doubts the resurrection of Christ, saying "Unless I see the nail marks in his hands and put my finger where the nails were, and put my hand into his side, I will not believe it."

Jesus then comes to him a week later and invites him to do just that. After Thomas incredulously poked the Lord's wounds, he believed in the Resurrection and called "My Lord and my God!" Jesus responded, "Because you have seen me, you have believed; blessed are those who have not seen and yet have believed."