The First Witnesses – and Us

The First Witnesses – and Us 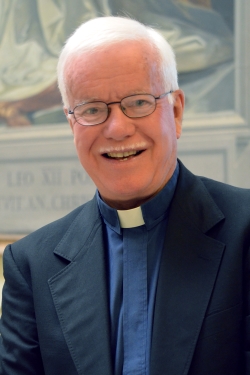 Easter comes to us as fitfully as it did to the first disciples. We carry to the tombs of our lives the same mixture of doubt, fear, certainty, anxiety, and joy that the disciples brought to Jesus’ tomb. He always seems to choose for witnesses the most unlikely prospects, ourselves included.

For us, as it was for Thomas, Jesus extends the same merciful invitation: “Touch me and see.” Where we might have expected glory and trumpets the first Sunday after Easter, instead the Gospel tells the story of honest, human groping toward truth. A sunny reunion between Jesus and his friends, who dazzle with their resilient faith?

Not quite. But maybe something better: Jesus’ mercy, meeting them where they (and we) are, extending his hand toward Thomas in genuine understanding and compassion. Only by coming dangerously close to this wounded Lord will we, too, know transformation of our wounds—and resurrection.

In beautiful symmetry, the story of Jesus’ human sojourn on earth begins and ends with an angel bringing astonishing news to a woman named Mary. As Mary Magdalene waits outside the tomb, she discovers the boulder rolled away, the stunning emptiness within. Readers of John’s Gospel do not know her thoughts, only her posture. Why does she remain when Peter and the beloved disciple return home? Her persistence is clear: “But Mary stayed outside the tomb, weeping” (20:11).

Did she have a glimmer of hope, a faint suspicion based on her friendship with Jesus, that the story hadn’t quite ended? Did her intimacy with him suggest surprises still lay ahead, despite the limp, lifeless corpse, the heavy clunk of stone, the finality of soldiers sealing it? Did her curiosity trump her fear? Did she weep because she felt bereft and hopeless?

Or perhaps she was simply tired, too emotionally drained to think of the next step. When the future is unclear, it is wise to stay grounded in the present until a direction emerges. Maybe Mary was completely depleted, but she knew deeper down that the God who had been faithful before would be faithful again; God wouldn’t abandon her now. No matter how bleak the picture seemed, she waited with silent intention: focused, because she knew something would change. Her waiting led to surprise: She heard a familiar voice softly

speak her name and ask gently why she wept. In the Gospel account of the Good Shepherd, Jesus calls his sheep by name (Jn 10:3); in this case, he uses Aramaic, the familiar language of childhood, the instinctive language of prayer.

He comes to her as she is—disheveled, red-eyed, exhausted—not in some idealized, perfectly coiffed version. Jesus’ focus on Mary here is touching. He doesn’t rehash his own terrible ordeal or triumph in his Resurrection. He asks: “Whom do you seek? Why do you weep?” Those are good questions for reflection: Whom do we seek? Why do we weep? Often the first, easy answers aren’t true. If we respond, “Oh, I’m just fine, thank you very much!” we need to probe deeper. Maybe “fine” is the answer the culture expects; Jesus knows us better.